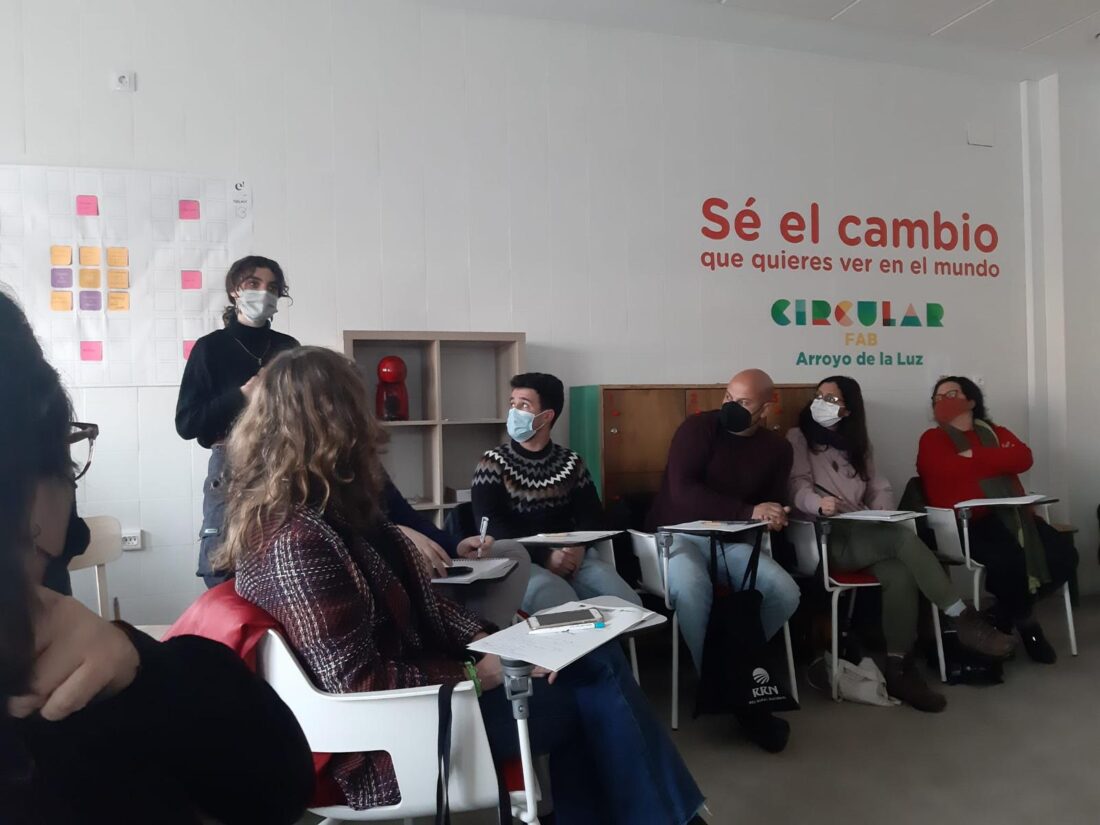 On the 10th of February, FUNDECYT-PCTEX’s team attended the “Face-to-Face Meeting of Rural Youth” at the Fab Lab located in Arroyo de la Luz. Organised by the National Rural Network, Red Rural Nacional or RNN in Spanish, this event brought together different youth and cultural organisations, local action groups, agents in the territory and public institutions in a single space where they could share experiences, problems and needs detected and new forms of future collaboration.

In order to raise awareness of the RAISE Youth project and present it as one solution to the problem of rural depopulation and youth unemployment, the team of FUNDECYT-PCTEX presented not only the RAISE Youth project, but also the Incubator for the Entrepreneurship of Unemployed Youth in Rural Areas (Incubadora para el Emprendimiento de Jóvenes Desempleados en Áreas Rurales), also known as the RAISE Youth Incubator. This incubator is part of the activities to be implemented in Extremadura within the framework of the RAISE Youth project and aims to give young people in rural areas the opportunity to start their own businesses and getting trained in: circular economy, agro-tourism, agro-ecology and digitalisation.

This event has proved to be very fruitful, as it has allowed FUNDECYT to create new networks between different organisations in the rural territories of Extremadura. Thanks to this event it has been possible to contact key stakeholders in the territories for the implementation of the project’s activities, as well as to promote training, mentoring and meetings that will be held in the region in the near future. It is expected that, through these new organisations, the impact of the dissemination and recruitment of participants of the next planned actions will increase and. An example of this is the relationship established with the Salamati youth collective, which showed interest in the incubator and the different forms of support and accompaniment that they will be able to receive through the project activities.