The City of Gospić is a legal entity and a unit of local self-government, representing an urban, historical, natural, economic and social entity. It is also the seat of the Lika-Senj County.

The town of Gospić consists of 50 settlements and it is situated in the central part of Lika (Croatia). It covers an area of 966.64 km2. According to the 2011 census in Croatia, Gospić settlement had 6,575 inhabitants.

Currently, the City of Gospić is involved in several projects that are of great importance for the increasing of the quality of life of the local population. These projects are oriented towards providing better facilities and care to children in both kindergartens and local schools, improvements of local roads and infrastructure, providing financial support for women who want to improve their position on the labour market and projects that are promoting sustainable development of Lika region. 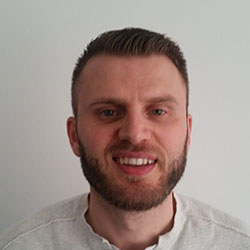 Tomislav is responsible for managing the Raise Youth project on behalf of the City of Gospić as a project partner.

Tomislav is happy because by doing this job he is helping other young people to get a job. He believes that through the creation of new jobs and the employment of young people, this project will be a driver for the development of Lika-Senj County and a model that can later be applied to the development of other rural areas throughout Europe. 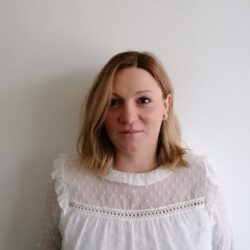 Ivana is responsible for the administration and accounting on this project on behalf of the City of Gospić, including monitoring and updating of the EGREG system.

Ivana lives with her husband and their two children in the city of Gospić. She sees this project as an opportunity to contribute to both return and retention of young people in Lika region.